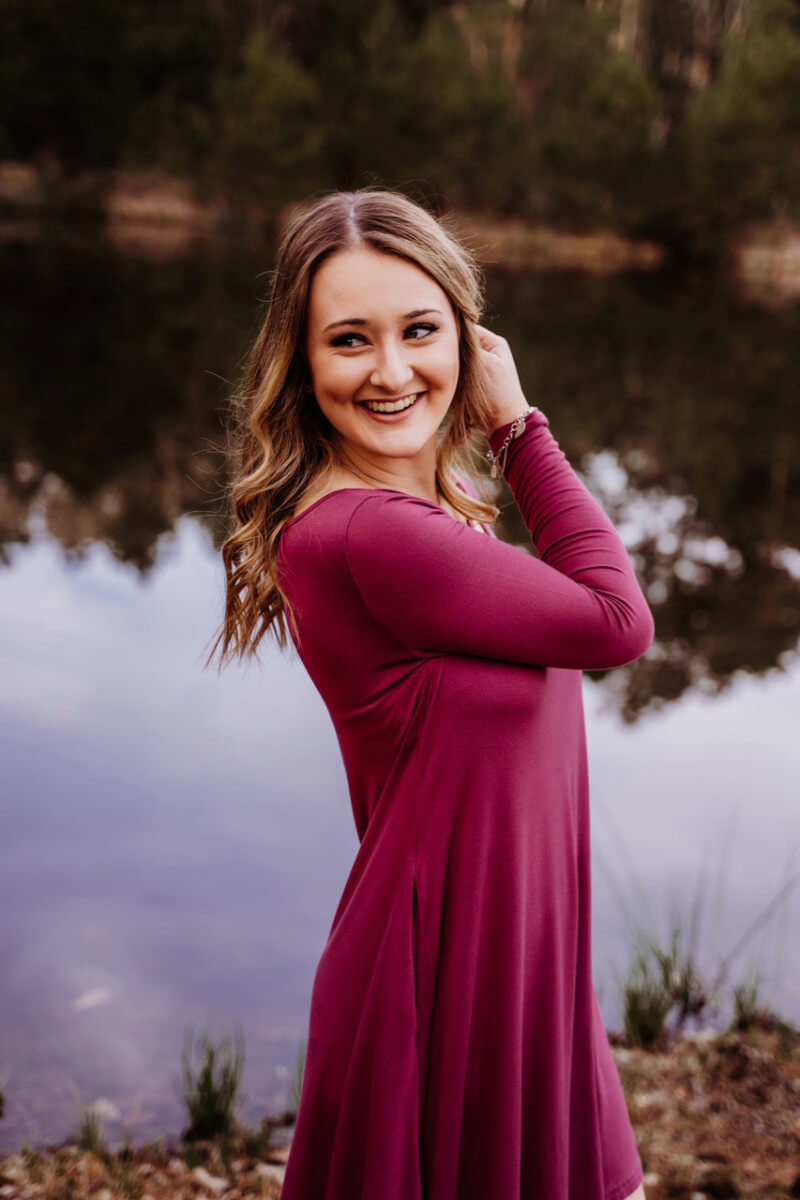 Upon moving to Texas in third grade, Lily became a full-time homeschool student. She was an active member of American Heritage Girls (AHG) through high school, where she developed a servant’s heart and eventually served as the Junior Troop Shepherd. She was awarded several Presidential Service Awards through AHG.

Her true passion for agriculture and livestock became evident when her family moved to a country farm in 2012. Here, Lily was involved with her local 4-H club and started showing livestock with the help from friends. She eventually served as the club president her senior year. Lily was also an active member of The Montgomery County Junior Fair Committee. It was only natural for her to take an active role in her local county fair! Her favorite program at the fair was the Replacement Heifer Program, where she was lucky enough to earn several scholarships.

As Lily explored potential colleges, one quickly rose to the top. From the moment she toured the campus at Oklahoma State University, she knew it was the school for her. She worked hard finishing high school and earning scholarships. She graduated in May of 2019 and was ecstatic to be headed to OSU in the fall, where she would be pursuing a double bachelor’s degree in Agribusiness and Accounting.

Upon her arrival at OSU, Lily lived life to the fullest. She was a CASNR FIT student, an Alpha Xi Delta Sister, and a Loyal & True OSU Cowgirl. Unfortunately, Lily’s time at OSU was cut short. After just seven and a half weeks, Lily fell ill with mono and had to return to Texas, where she fiercely battled the EBV-induced HLH and T-cell lymphoma for 61 days before finally earning her eternal home in Heaven.

This is her story

Lily was only 7 weeks into her first semester at Oklahoma State when she called home saying she wasn’t feeling well. After two days with a high fever and not being able to eat, she headed to the local Urgent Care, where she tested positive for EBV (Epstein-Barr Virus) and was diagnosed with mono. Concerned, I decided to drive from Houston to Stillwater to check on her. I immediately knew something was wrong. We loaded a few of her things and headed back to Houston.

After being home for 24 hours, Lily was admitted to a local ICU with a high fever, intense abdominal pain, and jaundiced skin. There, Lily’s condition rapidly declined, and was in multi-organ failure. She endured endless testing, dialysis, a lymph node and bone marrow biopsy, and eventually placed on a ventilator. After seven days, we received the devastating diagnosis – Hemophagocytic Lymphohistiocytosis, or HLH. A rare, severe systemic inflammatory syndrome, where your immune system overreacts and attacks all the cells in your body, not just the unhealthy ones.

Within hours of the diagnosis she was transferred to the PICU at Texas Children’s Hospital in Houston’s Medical Center. There, some of the best doctors and nurses fought tirelessly to stabilize Lily’s fragile body. We met with new oncologists, her past tests were evaluated, and new tests ordered. Lily was quickly started on a chemotherapy protocol specifically for HLH and placed on Continuous Renal Replacement Therapy (CRRT) to aid her failing kidneys. After further review, Lily was also diagnosed with T-Cell Lymphoma. At this point we were told Lily would eventually need to undergo a Bone Marrow Transplant after several rounds of chemo. Her chemotherapy plan was adjusted to reflect the additional diagnosis, and Lily continued to fight this ugly disease.

Against the odds, she did start to improve. After 41 days, she was taken off the CRRT, and transferred out of the PICU to the regular oncology floor. She continued with dialysis treatments, physical therapy and chemotherapy. We celebrated a wonderful Thanksgiving as a family, with food provided by her amazing PICU nurses! Unfortunately, the following day Lily began another rapid decline. The chemotherapy was causing devastating effects on her already broken body. Lily was transferred back to the PICU, placed on a ventilator, and CRRT. Once again, her organs were failing. After almost nine weeks of heroic battle, Lily returned Home to The Lord.

A contagious laugh, an infectious smile, a servant’s heart and a passion for agriculture. Learn more about what it’s like to #livelikelily.
Read Lily's Story

Hemophagocytic lymphohistiocytosis (HLH) is a rare and potentially life-threatening disease process resulting from uncontrolled activation of the immune system.
Learn About HLH

Raising money to fund scholarships and other programs for students pursuing an agriculture-based degree program.
Make a Contribution